To learn the true origin of Halloween, you have to look to the festival of Samhain in Ireland’s Celtic past. In Celtic Ireland about 2,000 years ago, Samhain was the division of the year between the lighter half (summer) and the darker half (winter). At Samhain the division between this world and the otherworld was at its thinnest, allowing spirits to pass through.

Samhain was an important fire festival, celebrated over the evening of 31 October and throughout the following day.
The flames of old fires had to be extinguished and ceremonially re-lit by druids.
It was also a festival not unlike the modern New Year’s Day in that it carried the notion of casting out the old and moving into the new.
To our pagan ancestors it marked the end of the pastoral cycle – a time when all the crops would have been gathered and placed in storage for the long winter ahead and when livestock would be brought in from the fields and selected for slaughter or breeding.
But it was also, as the last day of the year, the time when the souls of the departed would return to their former homes and when potentially malevolent spirits were released from the Otherworld and were visible to mankind.

Samhain: its place in the Celtic calendar 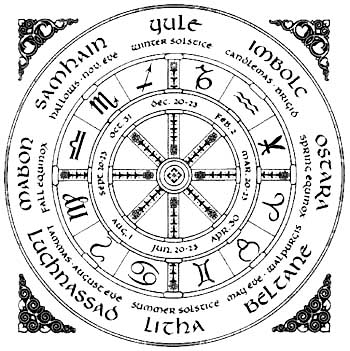 The Celts celebrated four major festivals each year. None of them was connected in anyway to the sun’s cycle. The origin of Halloween lies in the Celt’s Autumn festival which was held on the first day of the 11th month, the month known as November in English but as Samhain in Irish.
The festivals are known by other names in other Celtic countries but there is usually some similarity, if only in the translation.
In Scottish Gaelic, the autumn festival is called Samhuinn. In Manx it is Sauin.
The root of the word – sam – means summer, while fuin means end. And this signals the idea of a seasonal change rather than a notion of worship or ritual.
The other group of Celtic languages (known as Q-Celtic) have very different words but a similar intention. In Welsh, the day is Calan Gaeaf, which means the first day of winter. In Brittany, the day is Kala Goanv, which means the beginning of November.
The original Celtic year
Imbolc: 1st February
Beltaine: 1st May
Lughnasa: 1st August
Samhain: 1st November
The Celts believed that the passage of a day began with darkness and progressed into the light. The same notion explains why Winter – the season of long, dark nights – marked the beginning of the year and progressed into the lighter days of Spring, Summer and Autumn. So the 1st of November, Samhain, was the Celtic New Year, and the celebrations began at sunset of the day before its Eve.

The origin of Halloween's spookiness

For Celts, Samhain was a spiritual time, but with a lot of confusion thrown into the mix.
Being ‘between years’ or ‘in transition’, the usually fairly stable boundaries between the Otherworld and the human world became less secure so that puka (phooka), banshees, fairies and other spirits could come and go quite freely. There were also ‘shape shifters’ at large. This is where the dark side of Halloween originated.

Samhain marked the end of the final harvest of the summer, and all apples had to have been picked by the time the day’s feasting began.
It was believed that on Samhain, the puca – Irish evil fairies ,spat on any unharvested apples to make them inedible. 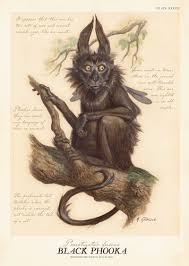 To ward off the evil let loose at Samhain, huge bonfires were lit and people wore ugly masks and disguises to confuse the spirits and stop the dead identifying individuals who they had disliked during their own lifetime.

They also deliberately made a lot of noise to unsettle the spirits and drive them away from their homes. The timid, however, would leave out food in their homes, or at the nearest hawthorn or whitethorn bush (where fairies were known to live), hoping that their generosity would appease the spirits.

By the 9th century the influence of Christianity had spread into Celtic lands, where it gradually blended with and supplanted the older Celtic rites. In 1000 A.D., the church would make November 2 All Souls’ Day, a day to honor the dead.  The church attempted to replace the Celtic festival

All Souls Day was celebrated similarly to Samhain, with big bonfires, parades, and dressing up in costumes as saints, angels and devils. The All Saints Day celebration was also called All-hallows or All-hallowmas (from Middle English Alholowmesse meaning All Saints’ Day) and the night before it, the traditional night of Samhain in the Celtic religion, began to be called All-Hallows Eve and, eventually, Halloween.

In recent years, the Samhain celebration has been revived at the Hill which is regarded as the centre for Samhain celebrations. It is expected that on the evening of each October 31st over 1000 people from many countries will gather in the Fairgreen of Athboy to observe the ancient ritual of Samhain on the ancient site. Tlachtga’s Hill is close to the town of Athboy in Co Meath, where on the evening of October 31st townspeople and anyone who cares to join them will assemble in the centre of the town, some wearing druid costumes and carrying lanterns, to walk the short distance to the hill outside the town. There they will light the traditional Samhain bonfire. In doing this, they will repeat and recall the actions of their ancestors of centuries before as they mark the passing of another year and the beginning of the coming winter.
As always, the emphasis will not be just to look back but also to look forward. The dead will duly remembered and honoured, as they should be.
The living, those who have lived through the year that is winding down to its annual sleep and who are alive to see this night, will be reminded by the fire that the dark winter days of November and December will pass. Light and life will return once more, all in due time, for everything under the Heavens has its season.

Have a Happy and a Magical Samhain

“To run with the wolf was to run in the shadows, the dark ray of life, survival and instinct. A fierceness that was both proud and lonely, a tearing, a howling, a hunger and thirst. Blessed are they who hunger and thirst. A strength that would die fighting, kicking, screaming, that wouldn’t stop until the last breath had been wrung from its body. The will to take one’s place in the world. To say ‘I am here.’ To say ‘I am.” ― O. R. Melling

Made with ❤ with Elementor​